Full convection, forced convection, focused convection, recirculated convection – the list of terms goes on and on. I work full time with tempering solutions, and even I have difficulties understanding all the terms used in the industry. I can only imagine how difficult it must be for glass processors to cope with the terminology jungle – where different manufacturers have invented their own terms. And even some scientific sources are using different terms, depending on the source. Tempering as an industry is relatively small. That’s one of the reasons why the terminology is not standardized and often causes confusion, especially with regards to convection systems. This article aims to clarify the differences by providing scientific facts with the support of actual pictures.

Full convection is perhaps the most misunderstood term in the whole industry. In general, I would say that people are using the term to describe a convection system, where the convection air movement is generated with some sort of blower, which then recirculates the air within the heating section. This, unfortunately, is perhaps one of the most misleading assumptions in the whole industry. It has misled so many people, you can’t even imagine. There is some logic to it, but unfortunately that logic is led by marketing messages from tempering line manufacturers, not the actual laws of physics.

This dates to the time when low emissivity coatings first came to the market, and tempering line manufacturers started to innovate new technologies to process the new coatings. Traditional tempering lines did not perform well with the new coatings, since they were almost fully based on radiation heating from the heating elements. The innovation at that time was to add a convection system to heat up coated glasses more efficiently, as the main purpose of coated glasses is to reflect radiative heat.

TERM 1: Convection is heat transfer, where the heat is moved from one place to another along a fluid. In tempering lines, this fluid is air.

This fluid heat transfer process meant adding a system in tempering lines that created air movement, which is called a forced convection system. This differs from natural convection, where fluid is moving naturally due to the temperature differences which affect the density of air.

TERM 2: Forced convection is generated with some kind of external source. In tempering lines today, compressors and different kinds of fans create the convection. All of them are forced convection systems.

As the coatings developed further, continued innovation in convection and heating systems was needed. The scientific approach to this is clear: Low-E coating is designed to reflect radiation. The larger the amount of total heat flux during glass heating from convection, the less the coating emissivity plays a role in the heating. So in theory: if 100% of the heating could be handled with convection, it basically would not matter which glass type you put into the furnace, clear or coated. The heating speed would be the same.

TERM 3: Total heat flux during heating means all heat sources calculated together. There are three heat-transfer methods in tempering lines – conduction, radiation and convection. The percentage of convective heat flux indicates the amount of convective heating in relation to conduction, through rolls, and radiation from heating elements and all structures inside the heating section.

At that time, the main forced convection sources were an external compressor and a fan inside the heating system – and this still holds true today. Tempering line manufacturers found that to reach a higher percentage of convective heat for the total heat flux to the glass, it was more practical with a system where a fan or blower recirculates the air inside the heating section.

TERM 4: Recirculating convection means a forced convection system where the hot convection air is recirculated inside the heating section and not released from it.

Physics has not changed during these times, even though in some discussions it feels as if it may have. The main principle is still the same: a higher percentage of convective heating of total heat flux is generally better. A 100% convective heat flux would mean full convection.

TERM 5: Full convection is the fantasy of tempering furnaces: something that some of us dream of – but impossible to find in the real world.

Instead of talking about the technology used to create the forced convection, I would propose we discuss the actual performance of different convection systems. Here are the most valid issues: 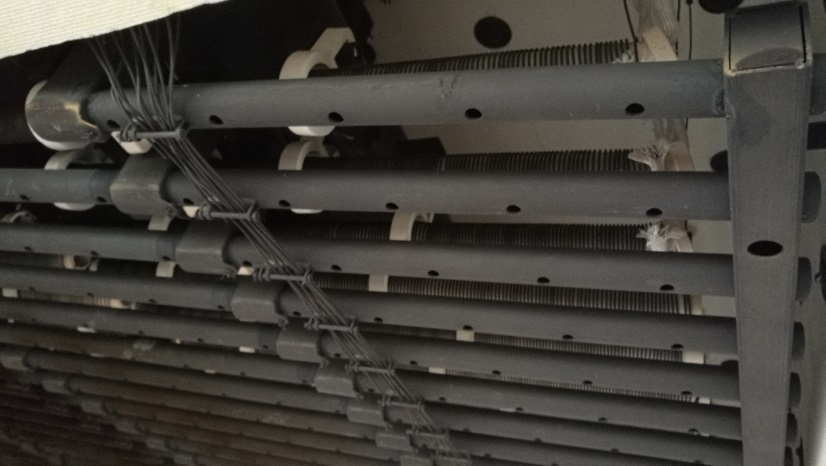 Picture 1:  The top structure of a recirculated convection system viewed from where the glass would be, from below.

You might ask how I can say for sure the convection heat flux is not good? That is actually easy to spot. The main source of heat in electrical furnaces are heaters. If the glass “sees” the heaters, it almost always means the total convective heat flux can’t be more than 50%, since the radiation will automatically play a large role.

Then how can I say this system will have trouble with convection uniformity? That is not so easy to spot, because it is based on air movement behavior. This system has one source of air movement – the fan – which transfers the heated air into a long air manifold. From there, the air is divided into convection pipes with holes. Since the convection pipe diameter is so small and the holes are relatively large, it is obvious that the convection air pressure level at different ends of the pipe simply cannot be close to the same. This means poor convection uniformity – which in tempering leads to quality problems with larger loadings.

It is worth mentioning that there are very large performance level differences in this category. Even if the convective heat flux were ~30–40%, there are often significant differences in the actual performance of such heating systems. One good example is the compressed air convection with extremely high control of the accuracy. Overall, this system actually functions with high performance in terms of output quality and capacity, since it is more accurate than the higher-class partial convection systems.

The category with convection as the main heating method has one characteristic in common: glass does not see the heating elements. Even then, all structures inside the heating chamber are hot and thus radiate heat. But radiation from the structures provides lower efficiency since the temperature is lower than the heating element itself. In this category, the idea is to heat the air and then the air heats the glass. Even this category is not full convection. Currently, this is the closest the tempering industry can get. 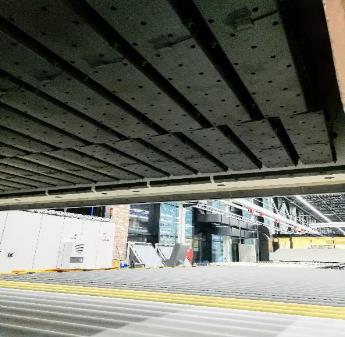 Picture 2. A recirculated heating system from the view of the glass, picture taken from below.

This category varies in terms of heating performance as well. It has the highest convection heat flux. But to perform well, it also needs to have the uniformity and accuracy required for more challenging glass shapes.

When doing your next heating system analysis, here is a list of points to pay attention to:

This will give you a very good understanding of the actual performance level of different systems you may use in your production.

At this point, I have one request for you as a reader. Please, don’t use the term full convection recklessly. Since we are not in the pizza oven industry, let’s not treat tempering lines as such. Not all recirculating furnaces are the same.