Do you still spend precious time doing the meticulous task of manually counting glass cullets for a glass fragmentation test? Or maybe your modern counting tool is not exactly the gold standard? If so, we have some good news for you!

The tempered glass fragmentation test gives good insight into the quality of the tempering process. Fragmentation analysis is a proven way to confirm the safety level of glass. In essence, when thermally strengthened glass fractures into smaller pieces, it is less dangerous. Depending on the glass thickness, several standards define the minimum number of fragments required for safety.

In Europe, for example, the EN 12150-1 standard is used to define the basic requirements for the fragmentation test.

Historically, fragmentation analysis has always been an integral part of the tempering process in which the operator manually counts cullets from the test piece. As you can imagine, the manual process is slow, tedious and prone to human errors. And, if glass is being tempered continuously, the test must be performed once every hour or every time the product changes. This easily affects the productivity of the entire organization.

Results from an experiment have proven the subjectivity of the manual tempered glass fragmentation test.

During the experiment, 13 independent examiners were asked to conduct a fragment counting test on two glass samples with thicknesses of 4 and 10 mm. Since the breakage pattern differs considerably depending on glass thickness, it was important to take contrasting test samples for experiment integrity.

The results indicated a significant variation in fragment counts across the examiners, even when each examiner counted the exact same area. For example, during the experiment with a 10-mm glass center test sample, one of the examiners counted only 49 cullets. At the same time, the largest number reached by another experiment examiner was 63, making the overall deviation as high as 6.4% of the average count.

The deviation was even greater when the examiners could freely choose the test region. With such deviation, there is a potential risk of making a false conclusion about the safety level of glass in real-life circumstances. 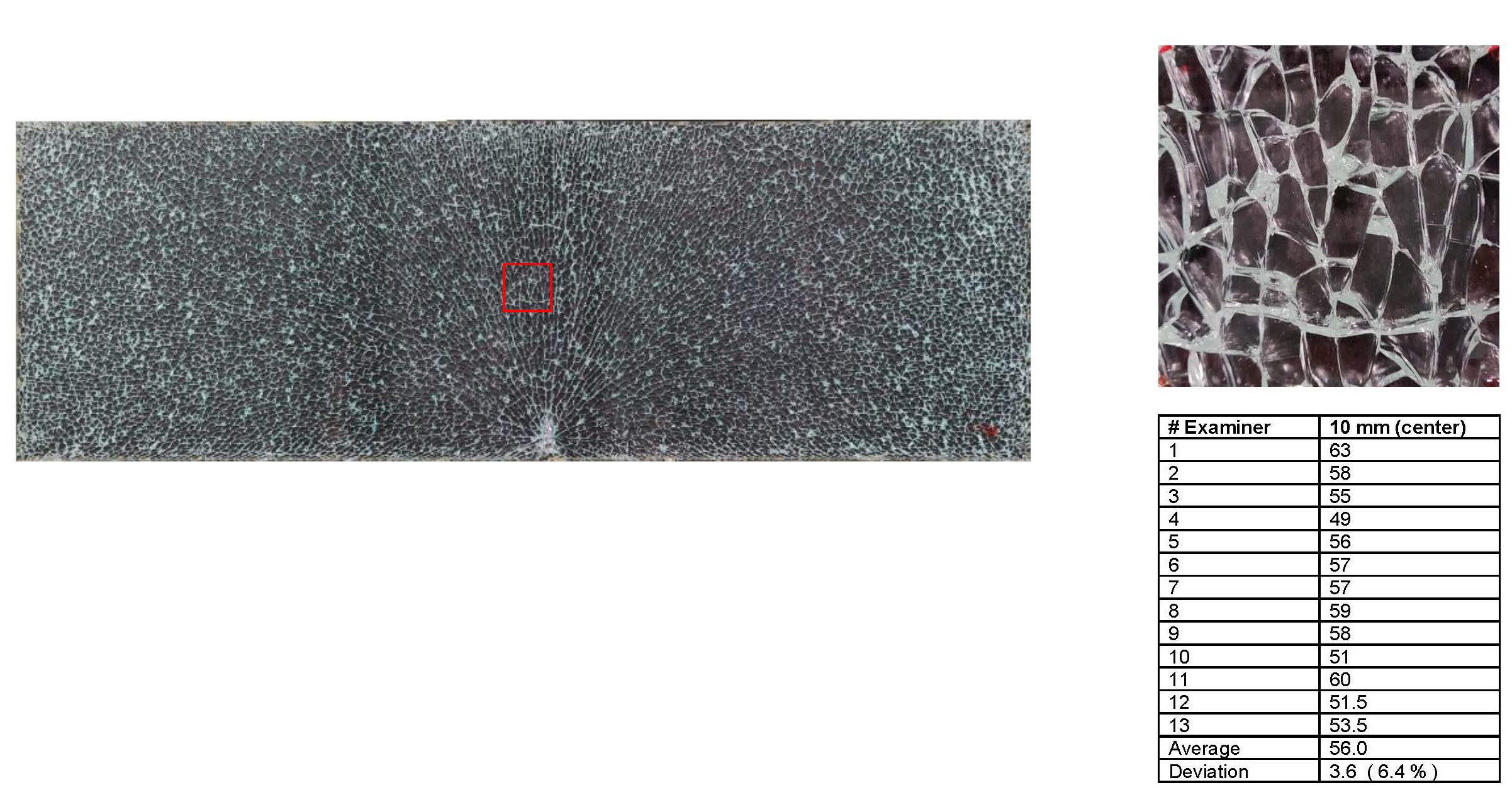 In the age of omnipresent digital transformation, traditional cullet counting also needs to embrace change. Over the years, numerous process bottlenecks have indicated a call for a more modern and consistent approach.

When it comes to consistency, there is still nothing more reliable than computer-aided, automated tools. Newer technologies have improved the field of computer vision and artificial intelligence (AI) considerably in recent years.

Additionally, new computational tools have been recently developed. With progressed, pixel-wise classification, segmenting each fragment in a photo of a broken glass is much easier. And when segmentation is accurate, counting is no longer a tedious task.

Experiment data below compares the results of automated counting performed by AI to manual counting done by a human examiner. In both cases, there were differences in the total number of cullets. For example, in the 10-mm sample, an average examiner counted 10 fewer cullets than the AI. The standard deviation for the human count is 4.6 for the 4-mm sample and 3.6 for the 10-mm sample.

It is important to keep in mind, however, that the counts given by the AI model are not the absolute truth either. It may just count differently than a human by consistently considering even some of the very smallest fragments which a human might just ignore.

The Glaston Siru application is the newest, most advanced assistant in glass fragmentation analysis today. Initiated by a group of enthusiastic coders, Siru is a perfect example of building collaboration in the glass business.

Siru was officially launched during the Glass Performance Days conference in June 2019 for both Android and iOS devices. That’s right – now, your personal cullet counting tool fits right in your pocket. The development process revealed that a smartphone is more suitable for the task than a human examiner. Mobile integration enables the fragmentation test to be made more flexibly and accurately, faster – and cheaper.

Siru is capable of precisely determining the 50 x 50 mm segment and counting the fragments from an image exactly as defined by the EN 12150-1 standard in just around 3 seconds. So, operators get results – and overall productivity increases.

We live in a fascinating time. Digital enhancements are entering the glass processing business from all sides. Do you need a more accurate approach to tedious fragmentation analysis? Siru, a free and user-friendly mobile application, is exactly what you’ve been looking for. 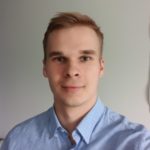 View all posts by Juho Ruusunen